Biowizardry: Cauterizing the Bleeding Edge » antidepressants
It’s almost impossible to discuss this article without leaping out of the chair and waving my arms around, squealing with the sheer thrill of its deep and wide implications for treatment and understanding:

Using a 3-D printer, transparencies, and binder clips, these wunderkinder can create neural tissues that mimic the cellular proportions and relationships of real, living brains.

On this basis, here are some possibilities discussed in the article:

Harvard Med and MIT at their collective finest.

The great challenge, of course, is getting this OUT of the lab and INTO the populations that need it. I hope it’s not kyboshed by those whose profits depend on the current ineffective, inefficient, expensive, and unspeakably brutal systems of CNS treatment.

The up-side is, it brings more attention to this national shame: “..while only 1% of Americans serve in the military, the suicide rate of veterans accounts for [20 %] of the overall total in the US.” [Emphasis mine.] They’re overrepresented in suicidal despair, even at this time of epic national meltdown, at a rate of 19:1.

There are some good ideas (badly put) under this deceptive title (new? Hardly), with an unfortunate insularity and gee-whizz ignorance in parts:  “the effects on the mental health of active-duty service members, reservists, and veterans is only just beginning to be felt.”

Only just beginning to be felt? By whom? Reports started streaming out of this population from the start!

The horrific rate of PTSD, brain injury and subsequent/consequent suicide among modern veterans has been in the news nearly since the Iraq war started. And the effects were “felt” by affected veterans and those who love them from the beginning.

The suggestions made by this article are,

These instructions are useful and appropriate (though not new at all), but the order puts the primary burden in the wrong place. 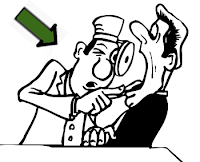 Which has broader (and more cost-effective) reach per person?

Where does influence and support really come from — especially when the patients themselves are desperate and don’t have the resources to face what they’re dealing with?

Hint: Only one of these two people is licensed, monitored — and paid to show up.

It might be time to focus first on how to change the provider’s context and control — in this case, train primary care physicians in how to evaluate for mental health issues without losing their own minds, and make it easier for them to be more mindful, conscientious and appropriate when prescribing CNS depressants such as opioids.

Policies regarding these things may need to be updated. Despite some alterations and improvements, they still focus on controlling the patient’s access to meds and autonomy, rather than on changing the provider’s involvement and awareness of what’s going on.

This is exactly back-to-front.

At-risk patients — those with PTSD, intrusive pain, or some other confounding factor — need to be seen more often and have mental health screens at each visit. Since many of the well-tested screening tools are short checkbox quizzes, that’s a reasonable addition to care. Some can be filled out in the lobby by the patient.

This serves several purposes: the frequent care provides a disproportionate feeling of support to the patients, reducing despair and helplessness; if the visits feel excessive, it motivates the patients to improve their own resources and self-care, reducing passivity, which improves outcomes; and bad findings on the quizzes provide quantifiable, documented need for mental health care, which can then be provided in a more timely manner and with less argument from payors.

Speaking as someone with significant confounding factors (chronic pain, neuro dysregulation, and acute life stress) I’d be delighted to know my doctor and health care system would do that for me, even though I’m not remotely suicidal myself.

When the behavior of those who are easiest for policies to reach AND most influential in patient care is more appropriate and effective, then it makes more sense to go to the trouble and expense to reach further out into the population’s private lives and try to manage them there.

We’ve been pushing for effective education for all primary doctors around both mental health and pain control (which are tightly linked) for decades. It’s not new, it’s just ignored, underfunded, and badly implemented, costing billions in direct and indirect costs.

Mental health and pain control are tightly linked because: 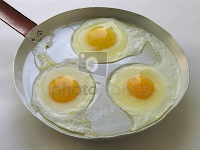 [Limiting options is necessary and useful for inpatient treatment, but is highly problematic in outpatient care — which is where most mental health issues take place.]

That same engagement and sense of self-governance also reduces the neural system’s susceptibility to pain.

It breaks the cycle.

Let’s do all that now — at last — and see how much faster the suicide rates drop than at any prior point in history. For veterans, civilians, everyone.

It’d be cheap, effective, and useful. It’d serve our veterans and increase productivity. It’d brighten up the lives of everyone affected by it. Is there a downside?