Biowizardry: Cauterizing the Bleeding Edge » antidepressants
It’s almost impossible to discuss this article without leaping out of the chair and waving my arms around, squealing with the sheer thrill of its deep and wide implications for treatment and understanding:

Using a 3-D printer, transparencies, and binder clips, these wunderkinder can create neural tissues that mimic the cellular proportions and relationships of real, living brains.

On this basis, here are some possibilities discussed in the article:

Harvard Med and MIT at their collective finest.

The great challenge, of course, is getting this OUT of the lab and INTO the populations that need it. I hope it’s not kyboshed by those whose profits depend on the current ineffective, inefficient, expensive, and unspeakably brutal systems of CNS treatment.

There are vague mentions in the literature of myelination in CRPS, but researchers are so busy trying to figure out how to pill CRPS — a highly pillable disease — that such mechanistic issues get surprisingly little play.

Myelin is the protective sheath of fat that keeps your neurons safe and warm, so they can do their work. Without myelin, your nerves can’t fire properly — or else they can’t stop firing. They need the myelin sheath. Little kids need to take in a certain amount of cholesterol so their growing bodies can build good myelination. Demyelination, that is, the loss of that sheath, is most famously known for its role in Lou Gherig’s disease.

I’ve long suspected that demyelination is both an important sign of disease progress and a powerful contributing factor to further degeneration of the peripheral, if not the central, nervous system in CRPS. However, there’s not much in the literature, probably because it’s a useless treatment marker in someone who’s beyond treatment.

This brings us to the particularly delightful issue of finding corpses to study, since until now we could only check myelination after autopsy, and those who donate their bodies to science are filed under what took their lives.

People with CRPS develop heart disease, cardiovascular disease, bleeding disorders, organ failure, vision impairment, and staggering depression as a direct consequence of CRPS. However, when they drop dead, get struck by a bus they couldn’t see, or take their own lives, we don’t say “They died of CRPS.” We say, “They died of heart disease, organ failure etc., traffic accident, or suicide” (– if we’re feeling kindly, “or depression.”)

Thus, there’s no way to identify the actual mortality rate of CRPS, although there unquestionably is one.

Diabetes, cancer, and AIDS get more dignity than this. I’d like to see our mortality rate properly attributed, not swept under the enormous rug of opportunistic conditions. This would contribute hugely to better medicine.

Doctors hate seeing patients hurt, but after awhile they can turn away from that, in order to drag themselves back to the office; they hate to see them die on their watch, and it makes them apply upward pressure on the reimbursement and legislative aspects of the care system.

There’s nothing like a mortality rate among those in their “productive years” to make legislators sit up and take notice.

I started nursing within a decade of the first AIDS diagnosis; my first job was on an AIDS unit. I’ve seen it work.

Let’s get our deaths properly attributed. It’s one last gift we can give our compatriots as we head out the door. I’m going to put it in my will.

This is absolutely thrilling:
“Bioengineers identify the cellular mechanisms of traumatic brain injury; New hope for treatment of TBI in veterans wounded by explosions”
http://www.sciencedaily.com/releases/2011/07/110722213427.htm?utm_source=feedburner&utm_medium=email&utm_campaign=Feed%3A+sciencedaily%2Fmind_brain+%28ScienceDaily%3A+Mind+%26+Brain+News%29

These scientists discovered the answers to two frustrating questions that have been blocking effective treatment of blast-related head injuries (TBI, or Traumatic Brain Injuries.)

1. What happens to the brain’s axons? Why do the vital communication-arms of the brain’s nerve cells just disappear?

2. Why does TBI from explosions cause the brain’s blood vessels to shut down and turn themselves off, even though the the injury doesn’t seem that bad?

The horrific health cost to our soldiers on active duty has included being blasted by explosives. These cause profound and persistent brain injuries that seem too severe for the amount of shock experienced by the brain.

1. The axons are part of an interlocked structure that’s woven together by cells and intracellular “glues.” This structure is shaken apart by explosive shock. Axons have to release their connections and shrink, retreating into the body of the cell. This destroys the physical functional structure of the brain. The person instantly loses memories and processing power, as well as a pervasive host of brain tasks.

2. The vessels undergo a mechanical stretch caused by the explosive force pushing through the gelatinous mass of the brain, and then, as a result of that stretch, they become super-sensitive to the chemical messenger that tells them to snap shut and then stop acting like vessels at all.
Normally, #2 only happens in the case of severe hemorrhagic (that is, bleeding) stroke. However, we now know that it also happens in blast injuries that otherwise cause less apparent damage.
Clinical note: Blast injuries to the brain are uniquely insidious. They cause diffuse injury that’s invisibly disabling and incredibly hard to manage, let alone recover from significantly. Behavioral issues and so forth are mechanically and chemically imposed on the soldier’s brain; they are not wilful choices on the soldier’s part.

A lot of fundamental retraining has to be done, because emotional, cognitive and social skills have to be significantly rebuilt and rewired. The wiring that the soldier has built on since childhood has been torn up on duty.

Thanks to our present understanding of neuroplasticity, there’s hope and a path to develop, but it takes time. On top of psychological trauma and the damage that causes to the amygdala and sometimes the hippocampus, it’s a hell of a lot for any layperson to grasp, let alone try to handle.

One of the truly thrilling things about these findings is the discovery of a process that keeps the axons from pulling back in the first place. At present, it works in a Petrie dish if given within 10 minutes of injury; hard to see how that could work in combat.

If it could be formulated to be used in a person, it would still have to be administered extremely fast. Maybe send each soldier out with an inhaler of the stuff? Or a nose spray? A 50-cent bottle apiece to save millions in treatment, lost wages, cost of care, incidental costs on the family, for each injured soldier. Seems like a bargain!

One of the most expensive and brutal treatments I’ve tried was the SCS (spinal cord stimulator) trial. This involved hammering two metal-laced widgets the size of drinking straws into that tiny, sensitive space entirely surrounded by bone which we call the spinal cavity. The one that’s usually fully-filled by a mass of busy, sensitive nerve tissue.

My arms hadn’t hurt so little in years. My spine, back, neck and head had never hurt so much in my entire freaking _life_. At the mere rememberance, I still feel the shoulder, scapular and upper-back muscles twist themselves into that ghastly position that caused the least pressure against my cord. My neck is going to be cramping the rest of the day. Wish I hadn’t mentioned it.

So yeah, that was bad. I wrote Medtronics a bunch of notes from the nurse/patient/biogeek/engineer perspective. I have seen no indication that they did anything but circular-file them, so I feel free to discuss it now. They’ve had their grace period.

There’s no reason for such flat-out stupid, ham-handed, ignorant engineering. I’ve tried to see an upside to the current SCS tech, and I just can’t.

Shoving titanium into someone who’s allergic to surgical steel? Check your MSDS sheets, gentlemen. Cramming cubic centimeters into a space that’s painfully sensitive to pressure changes of cubic millimeters? Hang on, who thought _that_ would be a good idea?

Welcome to the future of implantable devices — especially those going into immunoreactive, sensitized systems: 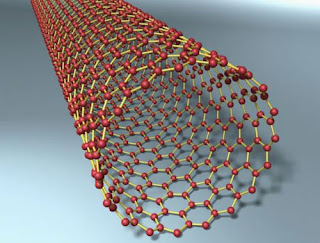 Meet the carbon nanotube: body-friendly, weavable, conductive, cheap, easy to work with. Does its job on, easily, one thousandth the scale of silicone and wire.

Why is this on my mind? (Gentlemen, look away and hum.) First day of my cycle after a month of progress in rebuilding basic endocrine responses. EVERYTHING is supersensitive and hyperreactive. I want a carbon nanotube *body!*

Best I can do is coconut water. It really smooths out the bumps, if I drink enough of it. Here’s to 21st century tech, and hoping it makes it into something as profitable as biomedicine!

I have CRPS-1/RSD/causalgia, and when your condition has more than one name, it’s a bad sign. I was a nurse, I was a tech writer, and I remain fascinated by health and technology.

Some parts of my brain have blown gaskets, but examining the science relating to neurology/immunology/endocrinology — and mulling how it could work in real life — seems to go just fine. It’s appropriate to both my professions that I want to track, document, and share what I learn.

You’re invited to watch and engage in this interesting journey. It’s taking place at an unimaginably rich, burgeoning age of technological development and biological understanding.