Biowizardry: Cauterizing the Bleeding Edge »
I got a remarkably thoughtless comment from someone on the physician-driven site, crpsnews.org:

“Everyday is certainly a struggle for people with CRPS because they live in pain 24/7. While there is no cure for the disease, it can be slowed and likely to go into remission if treated early, ideally within three months of the first symptoms.”

This remark was so fatuous and misguided that I found it alienating, but it raised several important issues that do come up — especially in regard to people who mean well but don’t know much about it (regardless of their educational level.)

Here are the main points of that remark:

1. Pain is why people with CRPS are to be pitied.
2. It’s incurable, so don’t go there.
3. It can be slowed or pushed into remission…
4. If you catch it really early.

Those of you who’ve followed me, know what’s going through my head right now… “Where do I even start?”

4. “Diagnose it early, ideally within 3 months of first symptoms.” Physicians control diagnosis; patients can only control how they respond to it. Since most cases of CRPS aren’t even diagnosed for YEARS, that’s not a useful remark. Say it at every medical workshop you go to; leave it out of a patient-driven site, because it’s a slap in the face.

3. The remark on remission is slighly confusing.  Remission in CRPS is not like remission in cancer. It’s a fragile state which can revert at any moment over the slightest thing. It’s nothing like a cure. Remission is still possible years on, as the anecdotal evidence indicates.

2. A cure, as they pointed out, doesn’t exist — yet. And, with the wrong clinical focus and a hopeless clinical attitude towards a cure, it’s no bloody wonder.

It can be cheaply prevented in ~80% of cases by 500 mg vitamin C, 3 times daily, for 2 weeks before and 3 months after surgery (or 3 months post-injury.) That’s much more realistic than CRPS getting diagnosed within months, but so few people know about it that it doesn’t happen much.

Spread the word about 500 mg vitamin C. It could save lives.

Most people who don’t have CRPS focus on the pain as the reason for sympathy. Everybody has had pain, and the idea of pain is what they think they can identify with…
The pain of CRPS is like nothing else I ever experienced before. Yet I was an emergency nurse, motorcyclist, weightlifter, runner, horse rider, gymnast, martial artist… and a statistic, having endured more than one attempt on my life. (I’ve had an eventful life.) Plenty of opportunities to hurt; always recovered fast.

Yet, despite the often show-stopping pain I now live with, PAIN IS THE LEAST OF MY PROBLEMS. It’s the weakness, autonomia, and cognitive decline that are the real problems.

That’s where the research needs to be.

That’s where the help is needed.

That, honestly, is where the most empathetic and useful sympathy lies 🙂

Imagine feeling your ability to think, learn and remember simply dissolving, and there is nothing at all that you can do about it. You can hope it will come back to some degree, and eventually it does (if you avoid everything you’re now sensitive or allergic to, eat tons of antioxidants and greens, drink lots of water, and don’t screw up anything about your life at all — while you can’t remember what just happened, let alone all that you have to do…) but you know there are no guarantees, and after awhile, the repeated gapping starts to add up.

For a brain, that sucks, eh?

Doesn’t that seem a bit more distressing than physical pain? I think so. It certainly has more of an effect on what I can do with my life.

Pain can be pushed through; the weakness, autonomia and cognitive decline are virtually impossible to push through.

Why is that? Because I need my muscles to be able to recover in order to rebuild melting muscles, my autonomic nervous system (ANS) needs to work well enough to let me regain control of my ANS, and I need my brain to work out how to help my brain.

It’s like opening a box with the crowbar inside.

Relentless attention to activity, food and supplements, and state of mind are mandatory for a bearable life — not because of the pain, but because of the weakness, autonomia and gradual brain-death. In order to barely stand my ground, I have to dance as fast as I can. 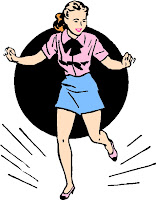 That’s very hard for most people to wrap their heads around. It seems too hard. But to those of us with chronic CRPS, it’s just another day. We have to manage all that and still somehow keep food in the house, laundry done, bills paid… relationships intact.

This focus on pain, to the exclusion of the more thoroughly disabling issues, has led to a serious misapplication of resources. A lot of lives have been damaged or destroyed because of that willful blindness in the medical and treatment domains. So it frustrates me, especially as a passing remark dispensed from a physician-driven site. (I wonder where their funding comes from… )

Sympathy is a lovely instinct, it really is, and I sure don’t want to discourage it. Though I don’t see sympathy in the remark I quoted above, I have heard people without CRPS express genuine sympathy in nearly identical terms. And they really do mean well. That matters!

There’s a lot to be said for being sympathetic to someone’s actual problems, which may not be exactly what you might expect. This would lead to more understanding, better connections to those who have it, more effective help, and in the end, to more effective care.

This morning, I woke up from a dream where I was running an international conference on CRPS, where 3/4 of the presentations were given by non-physicians: expert patients, massage therapists, PTs, acupuncturists — you know, the people who really know about CRPS, and the stuff that really works for the real problems it causes.

In this dream, doctors could get a lot of CEUs, but they had to spend 60% of their time in non-physician workshops to get them. (How did I come up with 60%?) There was, how shall I put it, a certain amount of fussing about that…

It was a weird dream. Who knows, though, it could happen… It might do people like that staffer at crpsnews.org a world of good.

This study looks at how the eyes behave when reading:

It explains an observation I first made about 35 years ago, sitting on the rug and watching my family read.

The old assumption was that both eyes look at the same letter at the same time. Speaking as a reader, I had sometimes wondered about that, especially when you read in chunks rather than letter by letter. I felt like  my eyes weren’t quite together, and when I looked at my parents or brothers reading, especially when I looked from below, their eyes seemed to focus a whisker or two below the page. If they were absorbed and reading fast, their eyes seemed to focus further below the page, like they were physically climbing into the book eyes-first; if they were less intrigued, their focus was nearly exactly on the page.

It turns out that, when reading, the eyes focus a letter or two apart, and that polysyllabic portmanteau words can be read half by one eye and half by the other. The slightly split image is joined in the visual cortex of the brain by a process called fusion.

Fusion combines the slightly different images from each eye in the primary visual cortex, right at the rear of the brain. It serves several purposes: gives us the complexity of 3-dimensional vision; lets us interpret faint images more accurately; and, in reading, it apparently lets us move faster.

Focusing a letter or two, or even half a word, apart, would partly explain why my family’s eyes seemed to be focusing slightly below the page. When they get around to studying avid readers reading avidly, I think they’ll find that the eyes can diverge quite a bit more than a letter or three.